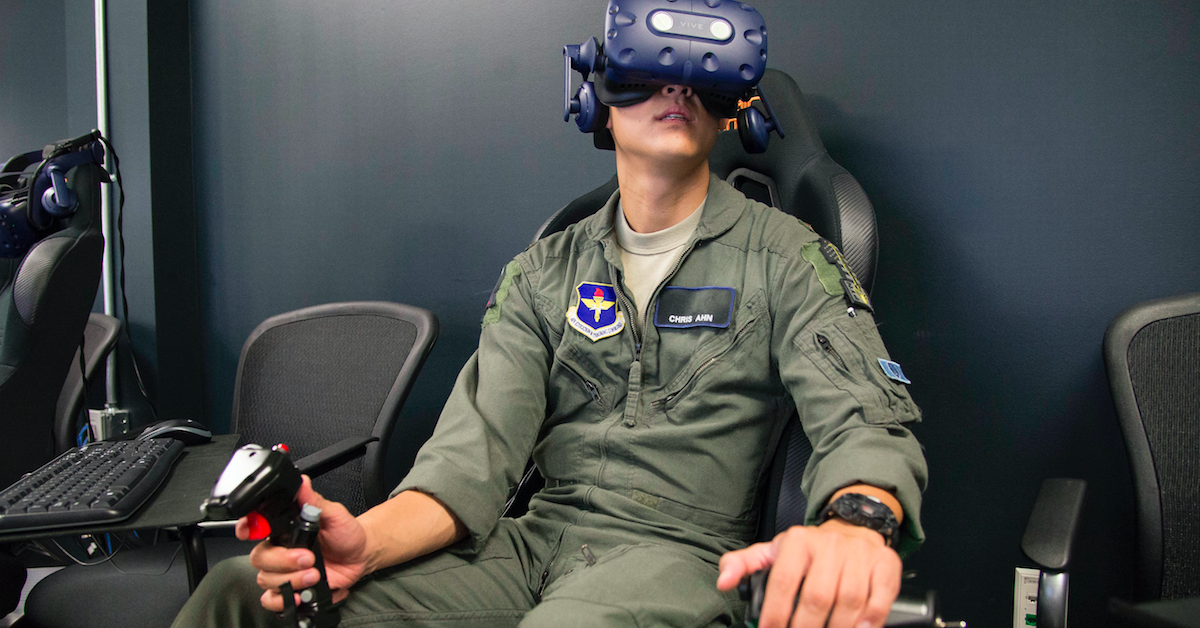 WASHINGTON — The U.S. Air Force is hosting an innovation contest for small businesses to improve simulators with technology like artificial intelligence.

The Air Force released a list of areas in which it’s interested, including interoperability among networked simulators; cloud-based simulators; and performance-based training, data collection and analysis.

Maj. Patrick Kawonczyk, who will lead the Simulators Pitch Day event Dec. 4, told Defense News that artificial intelligence can be used “within a learning management system to suggest techniques, tactics or procedures, which need to be practiced more for proficiency.”

Kawonczyk added that AI could benefit the service by improving data analysis, conceptual developmental ideas and predictive analysis in maintenance.

“AI bridges the gap between the human and machine interface,” Col. Philip Carpenter, the senior materiel leader with the Air Force Life Cycle Management Center’s Simulator Program Office, said in an email. “It helps orchestrate the interaction with a student and then presents learning material in response to a student’s performance. This allows better customization and can help address the unique needs of each student.”

Proposals from industry are due July 1, after which a two-week evaluation process will occur and then a one-week contracting period, according to an Air Force news release.

The proposal period will be broken up into two phases. The first will involve awards to small businesses, which can then submit proposals for the second phase.

“Select companies with Phase I or Phase II proposals will be invited to present to an Air Force panel at the Simulators Pitch Day event Dec. 4 in Orlando, Florida,” the release said.

After the Simulators Pitch Day, all companies involved can present pitches to defense industry executives and venture capitalists at a media event, the release notes.

“We are not asking small business to go out and invent something new,” Margaret Merkle, program manager in the Air Force Life Cycle Management Center’s Simulators Division, said in the news release. “We are asking if they have technology that we can leverage for the Air Force. Ultimately the idea is to connect with industry which will help us move into the latest technological space faster.”