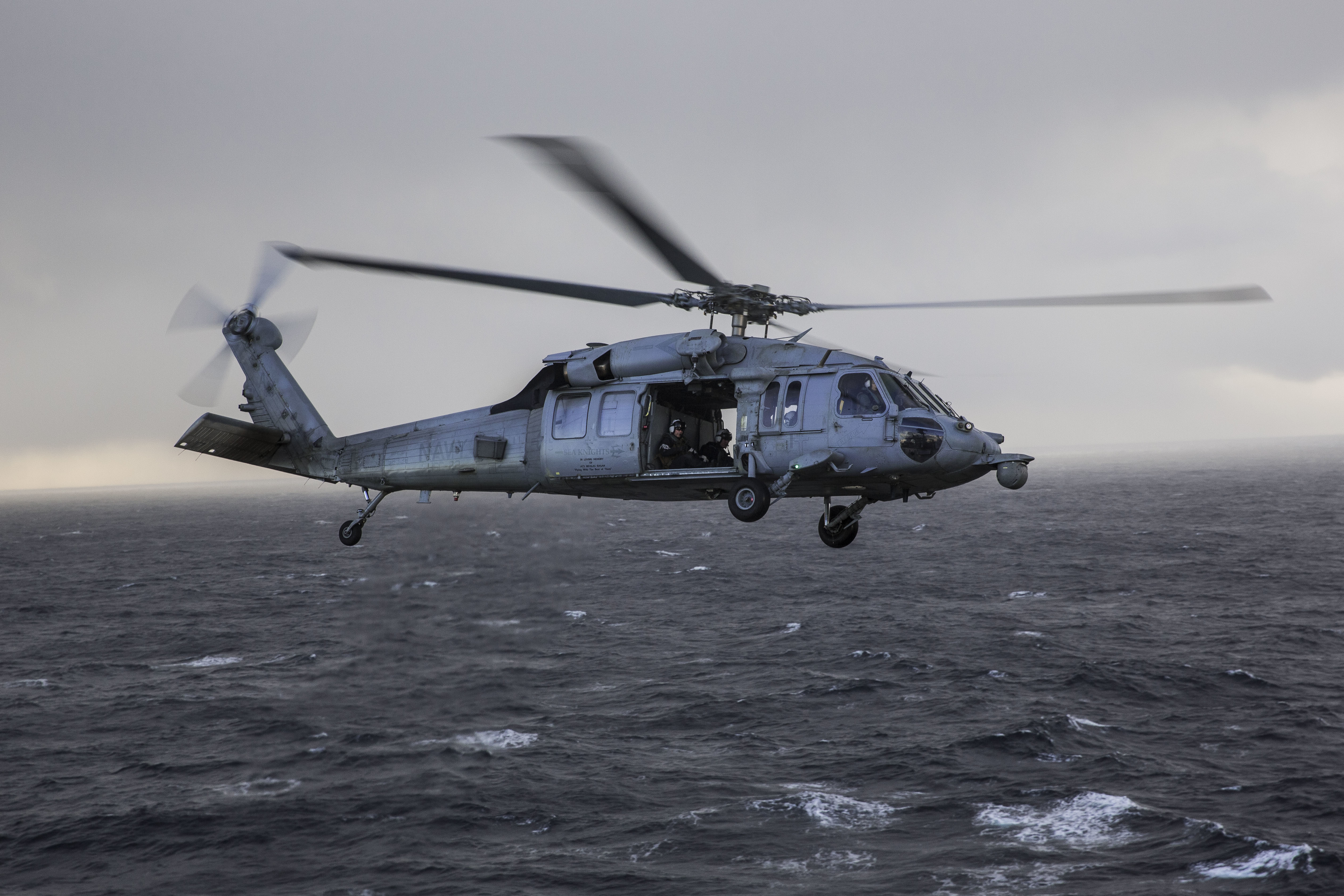 This is always a crazy time of year for me. Defense News runs the show daily paper for SeaAirSpace and that means yours truly, the Naval Warfare Correspondent, is on the spot. But I think this year it went OK. I came quite close to a breakdown on at least one occasion, but miraculously met all my deadlines and my bosses seemed happy, so this is goodness.

The show was enjoyable as well. I had plans to go through Naval Sea Systems Command’s program briefs but hit some technical difficulties, so Hit the Slides will be next week.

Anyhow, thank you everyone for the kind emails and responses to The Drift. I would like to get back to each of you, sometimes I fail. For that I’m sorry, but know that your taking the time to write means a lot.

This week, I want to round up what my colleagues and I did, so it’s going to be a Nav Brief and Hotwash combined!

If I’ve done anything good in this job, it was raising the profile of sealift just a hair with my Sealift Chronicles from last year. But taking credit for that would be vain and, more importantly, inaccurate. The real credit goes to Maritime Administrator Mark Buzby, who has done yeoman’s work talking to me, congress, Navy leadership and anyone who will listen about the importance of getting the Nation’s shit together when it comes to logistics. And it’s working. I’m seeing it everywhere now, he’s making a difference. Now comes the hard part: fixing it.

That was the topic of a logistics panel my colleague Kyle Rempfer covered. Great conversation at the panel, it would seem:

The US military’s logistical train is slowly snaking toward China

In a way that only he can, Capt. (Newly Ret.) Mark Vandroff walks me through 80 years of naval engineering from the Iowa-class battleships to the designs of the future on Defense News TV. And if you’ve never seen or met @GoatMaster89, this is your chance to see what he looks like in person, and in his new suit and tie getup to boot:

From battleships to destroyers: the tradeoffs in ship design

Virtual Twins are going to revolutionize upgrading Navy ships. I sat down with Navy Research, Development & Acquisition head James Geurts about what it means for the future.

This was one of the more interesting, but not necessarily surprising, developments during the show. The program manager for DDG-1000 announced that the Navy was eyeing stripping off the Advanced Gun System from the Zumwalt and filling the space with something different. No news on what that will be just yet, but it is part of the shift toward being an offensive surface strike platform rather than a land-attack platform. Looks like the Marines have truly lost their ship now.

What’s in a Number?

The perennial debate over capabilities vs. capacity reared its head again at SeaAirSpace this year and what prompted it was a question from one of my fellow reporters directed at Chief of Naval Operations Adm. John Richardson about whether future unmanned ships would count against the fleet ship count.

Richardson responded that the question was theoretical, but then got into the meat of the issue a bit.

“It’s kind of a theoretical discussion,” Richardson said. “The thing that really matters is how much naval power do those platforms deliver. That’s the thing we’re after, I’m not so caught up in what counts against the battle force.

“Because if that platform, manned or unmanned, delivers a requisite amount of naval power that’s available and assignable by the theater commander, then OK, that contributes to naval power.”

Read the whole story and Richardson’s full comments here: The Navy’s top officer wants you to stop counting his ships

Man After My Own Heart

Friend of The Drift Eric Wertheim took the time to chat broad issues with my colleague Geoff Ziezulewicz at Navy Times. Wertheim is a fount of naval knowledge and is a fan of cruisers, much like myself.

“They are still arguably the most powerful warship afloat, in terms of the number of missiles they carry and the capabilities. For me, if you’re going to go into battle with one surface ship, I think it’s the Ticonderoga.”

For the record, I’d ride into battle in a Tico any day, preferably with the 2005 crew of the USS Normandy. Damn fine ship, damn fine crew and a real warfighter of a skipper in Capt. Hampton. Anyway, enough about USS Last (only) Ship.

A futurist stares into the future of maritime warfare

Commonality is all the rage right now, and the unmanned world is no exception. The Navy’s robot-ship overlord, Capt. Pete Small, said he wanted to drive toward having all unmanned systems in the fleet – surface, undersea, aerial – all controlled by the same software.

Read what he had to say: The US Navy’s unmanned dream: A common control system

More on unmanned and the Navy’s future here: With billions planned in funding, the US Navy charts its unmanned future

Here’s a long story that I’m actually quite proud of. I explore, with the help of CSBA’s new Carrier Air Wing study, just what’s ailing the air wing and what the Navy can and must do to rescue the aircraft carrier from the graveyard of superseded military technologies.

More on the Air Wing

My colleague Val Insinna gives us a sneak peak into the future of the Growler with a Block II in the offing. Here’s what you need to know about it: The E/A-18G Growler electronic attack plane is about to get even more lethal

(The Drift would like to thank Val for leaving her friends at the Air Force for a week to slum it with the Navy for a few days.)

The Navy’s Army is in the middle of a huge debate about what role it can play in a China conflict and what it needs to do to gain access to beachheads in a denied environment. If you haven’t been reading my colleague Shawn Snow’s coverage of it, you need to catch up. Here’s one from this week, and keep track of him!

And that’s it! Thanks again for joining me. Have a great weekend.