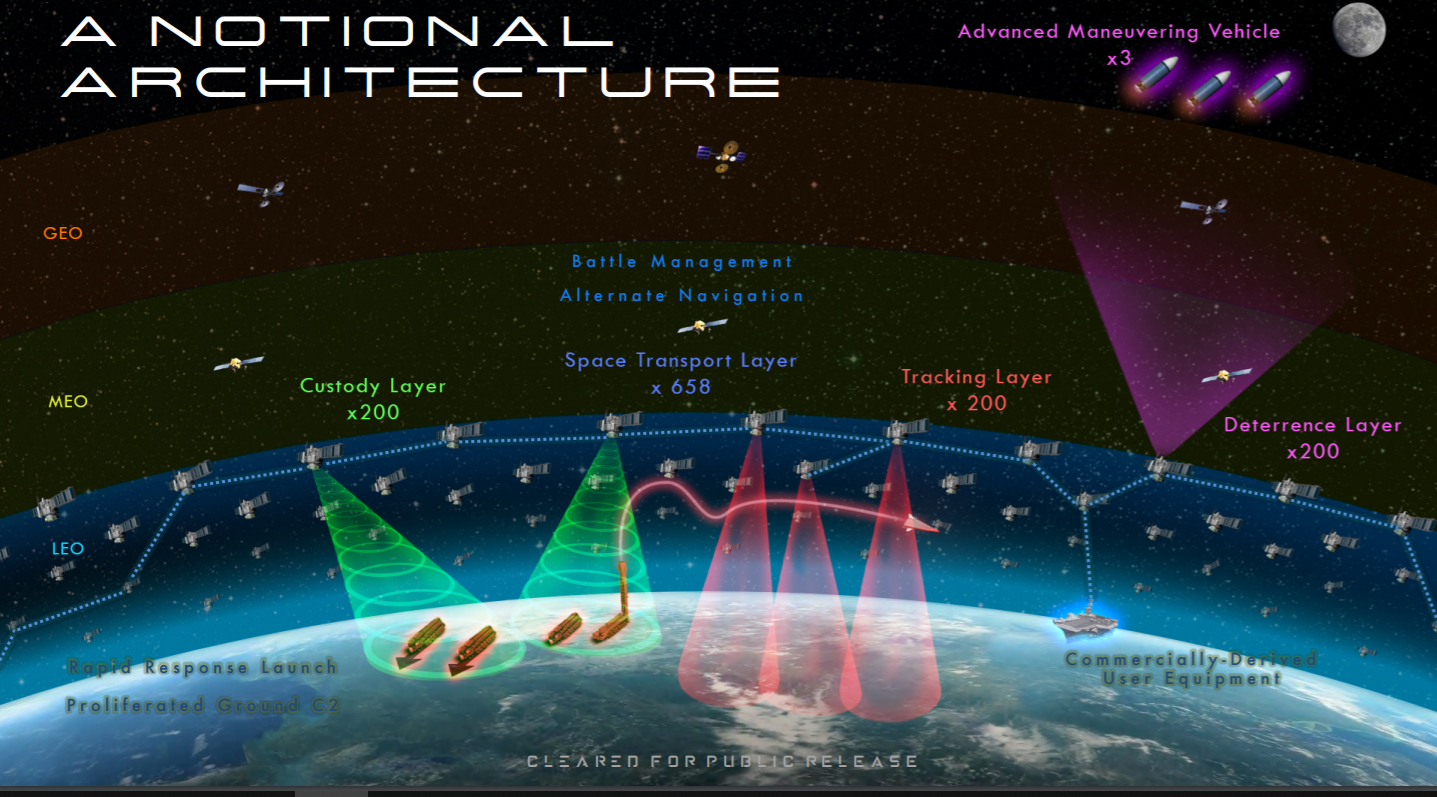 NATIONAL HARBOR, Md. — When the Space Development Agency formally created in March, it was billed as a major step forward for the Pentagon’s growth in space, with an ambitious plan to launch hundreds of small satellites into orbit. But Fred Kennedy, the group’s first director, quit four months into the job, leading to new questions about the future of the nascent organization.

Into that void as acting director stepped Derek Tournear, a space expert with a background in industry and stints at the Defense Advanced Research Projects Agency as well as Intelligence Advanced Research Projects Activity. At the Air Force Association’s annual conference Sept. 18, Tournear declined to speculate on whether he would remain leader of the office long term, but he did take wide-ranging questions from Defense News Deputy Editor Aaron Mehta and other reporters.

You issued a request for information in July about the first wave of satellites you’re looking at, known as the transport layer. Have you changed any plans based on what you got back?

We received a lot of technical data that we did not have before, that helped us mature what we think state of the art is for capabilities on the satellites. That will allow us to customize when we actually put out solicitations. A lot of that had to do with exactly what orbits, and the number of satellites, we needed to be able to field for different missions. And then we got another class of responses that were really focused on big-picture architecting on how you can get all these big systems to work together. And that certainly narrowed down what our architecture looks like now.

Our next first step is to do a transport demo where we do two optical cross-links talking amongst two satellites and also down to the ground. We expect a solicitation on that imminently, as well as we’re working with others to utilize their contracts to do some of those tracking phenomenology — so the advanced missile threat phenomenology experiments. We’re likely to utilize other folks’ contracts to work that; details of that we’re still deliberating.

There’s a lot of small changes. The biggest overall change is the ability to operate in [a] slightly higher [low-Earth orbit] environment. Originally there was in the architecture a lot of discussion in the 400- to 500-kilometer regime. Now we’re up in the 1,000- to 1,500-kilometer [regime], primarily due to more advances in [off-the-shelf] electronics that can operate very well in that regime. That flows down throughout the entire architecture. You need slightly fewer [satellites] when you go from 400 up to 1000 kilometers, but not significant — when we’re talking ballpark of 200-300 [satellites per layer].

Some members of Congress have expressed skepticism about the Space Development Agency’s plan, and even the group’s existence. How are you dealing with that?

At that time, that occurred immediately after the first SDA director stepped down; there was a lot of swirl, people were rightly confused as to exactly what was going on. At that time, I think there was some confusion. Since then, there’s been the story and the vision from [Mike Griffin, undersecretary of defense for research and engineering], from the inception until now, [and it] has been constant. And that is, we want this proliferated system, utilizing commercial technology, pushing forward to provide these capabilities. Since that vision from Dr. Griffin has been so consistent, I think a lot of that worry about turmoil has passed.

You didn’t get $15 million in reprogramming funds as requested. How much of a setback was that?

The reprogramming was only to accelerate our plan. Our plan [is] to hit those dates for fiscal 2022 and fiscal 2024: FY22 is our “tranche 0” (our training tranche), and “tranche 1” is FY24. That was always based on what was in the president’s budget request, which is the roughly $150 million in FY20, no money in FY19. Since we didn’t get that reprogramming request, we didn’t get any money in FY19. It didn’t hurt that plan, but it did prevent us from accelerating beyond that plan.