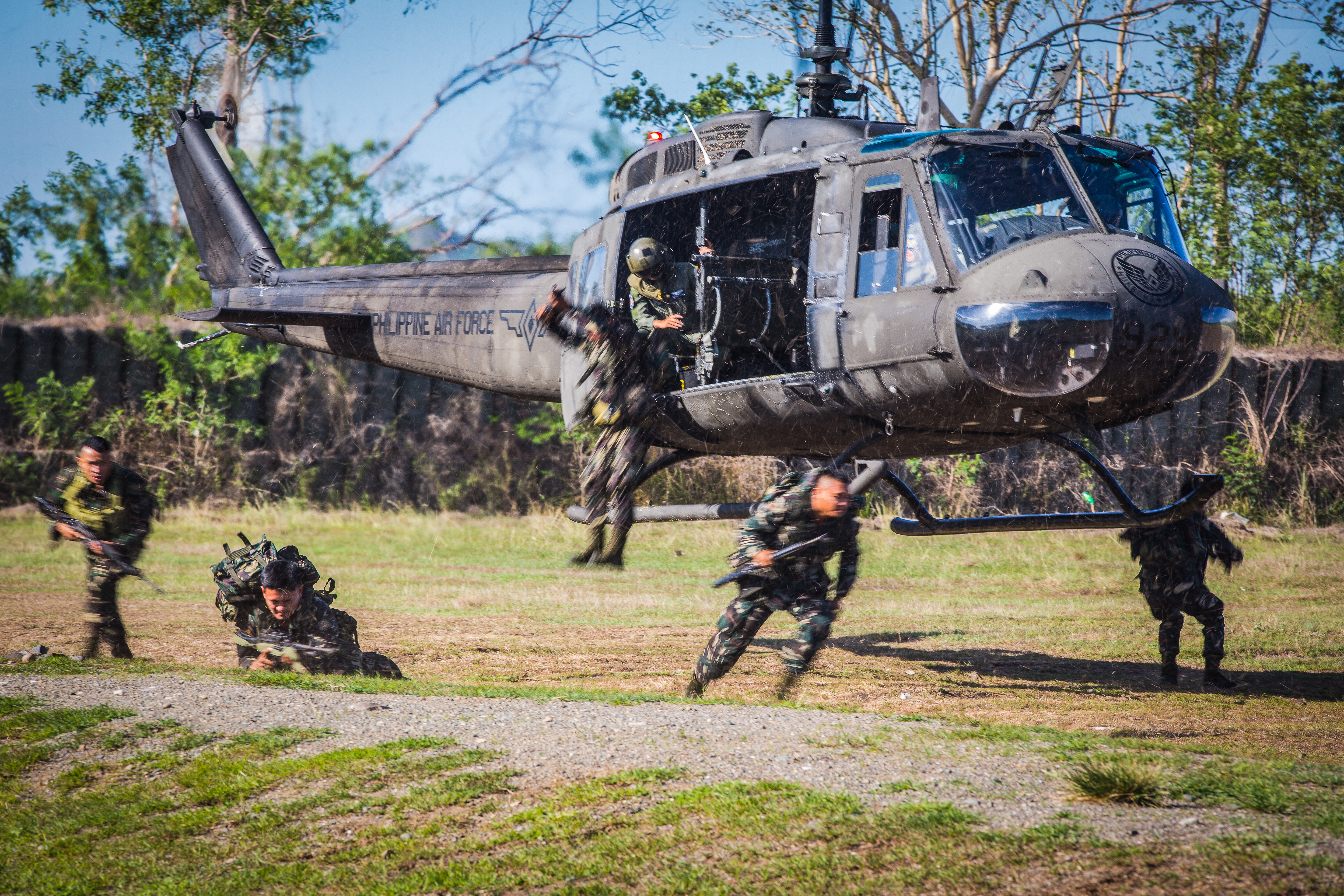 MELBOURNE, Australia – The Philippines is set to return more U.S.-built utility helicopters to its stretched helicopter fleet thanks to spare parts from Japan, even as the country continues to buy newer transport helicopters and is reportedly seeking more.

According to the government’s official newswire, Philippine Air Force (PAF) spokesman Maj. Aristides Galang said in a statement that seven Bell UH-1 “Huey” helicopters would be brought back to flying status using the spares donated by the Japanese government in March this year.

Galang was quoted by the Philippine News Agency as also saying that an inspection team from the PAF’s 205th Tactical Helicopter Wing visited the storage unit holding the spares earlier this month and found several items needed for restoring seven of the helicopters in operational status.

The inspected spare parts were main rotor blades, tail rotor blades, and tail rotor driveshafts, which were then turned over to the 205th Tactical Helicopter Wing the next day for restoration work on the helicopters.

The PAF has received a large fleet of the 1960s-vintage UH-1s on hand, including several received from surplus U.S. military stocks, although it has faced issues sustaining the fleet and keeping them flying in the past, leaving many airframes either mothballed or unserviceable.

“The restoration and maintenance of UH-1 aircraft are vital in performing missions such as humanitarian assistance and disaster response, transport, intelligence, surveillance, and reconnaissance activity of the PAF,” Galang said.

He added that the remaining donated spare parts will be utilized for the PAF’s existing fleet of UH-1 helicopters to maintain and increase higher operational readiness of the PAF.

In addition to the 205th Tactical Helicopter Wing, the UH-1s are also operated by the PAF’s 505th Search and Rescue Group. The Philippines has gotten a lot of use out of its UH-1s, with the helicopters seeing use in the disaster relief role as well as counter-insurgency operations against communist and separatist movements in the country.

The Philippines has also signed a contract for 16 Sikorsky S-70i Blackhawk helicopters to be produced by Poland’s PZL Mielec to further bolster its helicopter fleet. Local media has reported that the U.S. ally is also on the verge of signing a contract for 16 Russian-built Mi-17 transport helicopters.