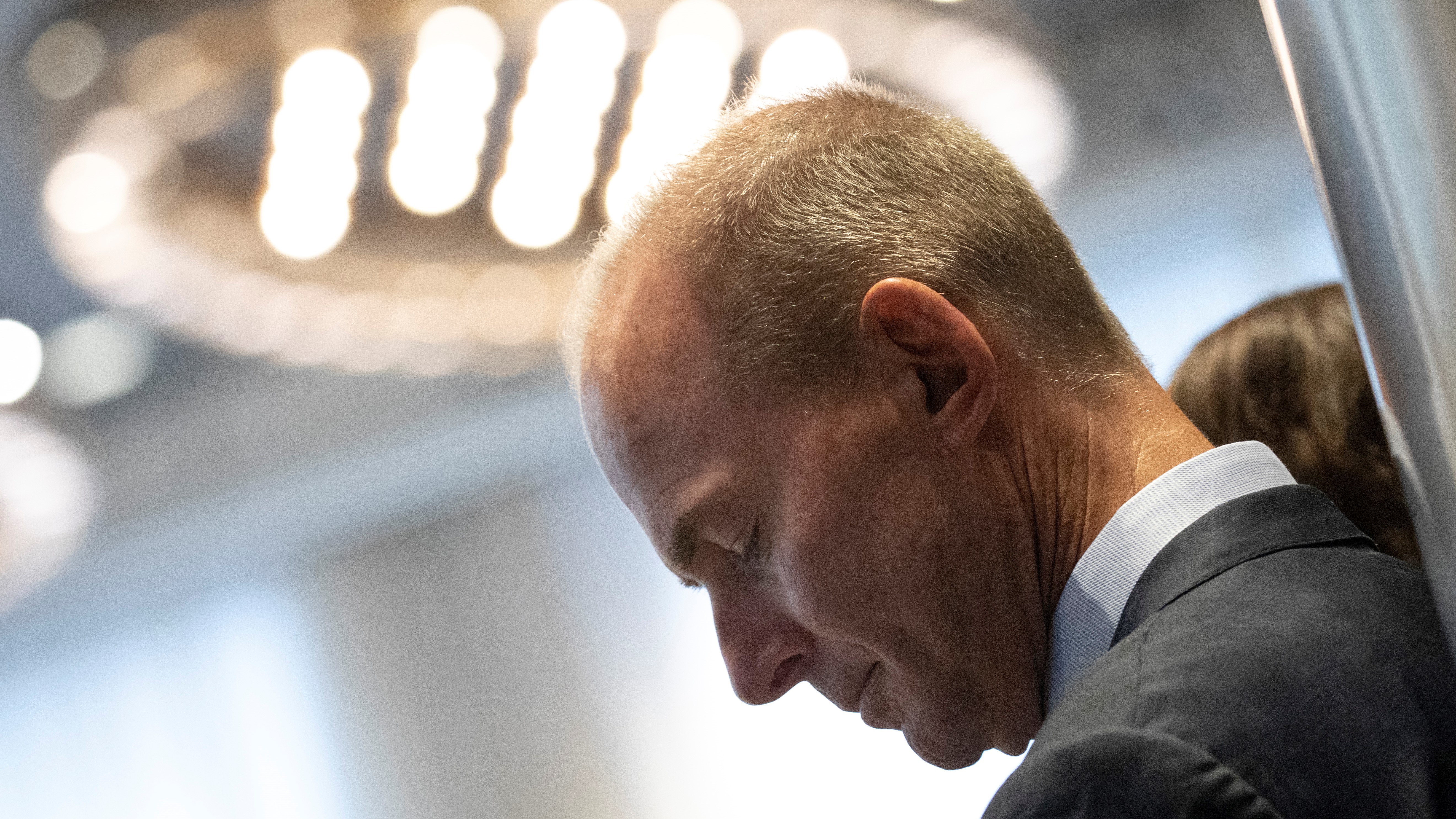 WASHINGTON — Boeing’s board of directors on Friday removed its top executive from the chairmanship position in the wake of the 737 MAX safety crisis, the company announced Friday evening.

Dennis Muilenburg will continue to lead the company as chief executive officer, president and a director. David Calhoun, currently the independent lead director, was elected by the board to serve as its non-executive chairman.

The board made the decision to separate the CEO and chairman positions in order to allow Muilenburg to focus on day-to-day operations, particularly the task of returning the 737 MAX airliner to commercial service, according to a Boeing statement.

A report, conducted by a task force that included officials Federal Aviation Administration and other regulatory bodies and released earlier on Friday, stated that changes to the aircraft’s Maneuvering Characteristics Augmentation System were not adequately explained by Boeing, and that the FAA “lacked the expertise” to fully evaluate the system, according to the Associated Press.

“The board has full confidence in Dennis as CEO and believes this division of labor will enable maximum focus on running the business with the board playing an active oversight role,” Calhoun said. “The board also plans in the near term to name a new director with deep safety experience and expertise to serve on the board and its newly established Aerospace Safety Committee.”

Through the Boeing statement, Muilenburg said that he supported the board’s decision and was focused on returning the 737 MAX to service.

The statement did not clarify whether the division of the chairman and CEO positions will be permanent.