Russia and China may not be the top cyberthreats 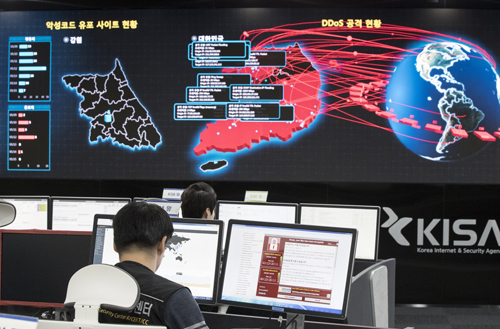 While Russia and China pose significant threats, especially in the cyber domain, one expert worries that lesser known actors might be a more immediate concern.

“The biggest challenge is we focus too much, especially according to the [National Defense Strategy], on great powers. I think the most cyber activity we’re seeing now is minor or middle powers: UAE, Qatar, Philippines, Vietnam,” said Brandon Valeriano, chair of Armed Politics at the Marine Corps University and a member of the U.S. Cyberspace Solarium Commission. Valeriano was speaking during a panel at CyberCon 2019 Nov. 12. “That’s where the evolution of cyber conflict really is. I’m worried too much about our great power politics focus. I think we need to think a bit better about the realities of conflict.”

The 2018 National Defense Strategy was the Department of Defense’s attempt to shift the focus away from counterterrorism operations, such as missions in Afghanistan, to more sophisticated threats from Russia and China.

Cyber has been a way for smaller and less powerful groups to achieve their national interests without making major defense investments. North Korea has used it to flout sanctions and fund military projects by stealing money via hacks. Iran, and its Middle Eastern neighbors, have engaged in cyber spats in recent months.

“In the Middle East, it’s becoming a playground of active operations where many different organizations and countries are able to start putting this into practice. [They are] moving from research and development into operations,” Sergio Caltagirone, vice president of threat intelligence at Dragos, told Fifth Domain.

The goal of many of these operations, he added, is to reduce the influence of other actors in the region, to manipulate oil prices or markets, or to send a message about their intent.

Valeriano explained that war with a country such as Russian and China doesn’t appear to be on the horizon. More likely, however, is an event that escalates in Syria or the Persian Gulf.