The Drift, Season II, Vol. I 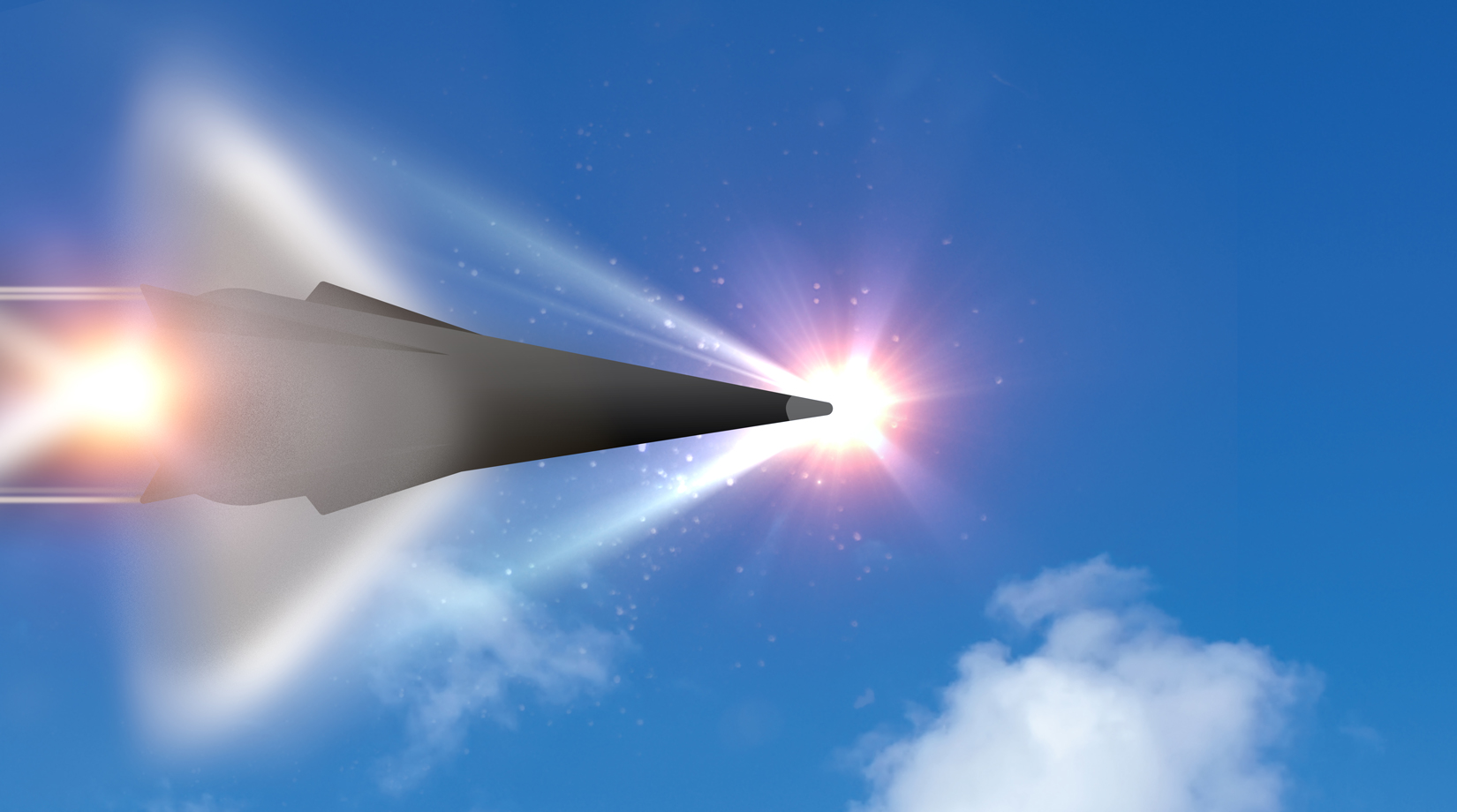 Welcome to Season II of The Drift. We were on hiatus through October, but we’re back and I thank you for your patience!

We have so much to catch up on its insane, but I want to start with a topic I’ve spent a fair amount of time digging into recently: Hypersonics and what effect, if any, they’ll have on Navy force structure.

The DoD is investing a lot of money in the development of hypersonic missiles, but it’s just that: Development. How long will that development take? What kind of hypersonics should we buy? What will their mission be? Who will fire them? How do we target them? None of these questions have complete answers, as best I can tell. Most of the answers amount to goals but, hey, we all have goals. I want six-pack abs.

New technologies can be as elusive as the Hugh-Jackman-in-Wolverine-physique I’ve always wanted, and before we go hog wild on new CONOPS and force structure for taking down China with boost-glide weapons, we should ask: just how useful are they? Are they really a game changer or an expensive side mission on DoD’s quest to find some advantage over China?

Of Carts and Horses

Earlier in the year we were treated to a significant budget cluster over the early decommissioning of the carrier Harry S. Truman on the basis that we needed to invest in things such as hypersonic missile technology. It was a poorly communicated plan that didn’t fly far with Congress, which had shot down a similar plan from the Obama Administration just a few years earlier. But the biggest issue of all is that it put the cart before the horse. Betting on the come with new technologies – be it hypersonic missiles or unmanned surface vehicles – is kind of how we got the Ford Class debacle. You may think that’s hyperbole, but I can tell you that there are those on Capitol Hill who saw it precisely that way.

So just how far along are we?

Well, a Congressional Research Service paper released in September threw a significant amount of shade on the whole pursuit. First, some terms of the debate.

Russia and China are testing and fielding a variety of hypersonic weapons, which are just missiles that fly real fast (five times the speed of sound at least) and are hard to detect because they skip around in the atmosphere. Some of Russia and China’s missiles may be deployed as early as next year. Both countries are considering putting nuclear weapons on them.

The U.S. is pursuing conventional hypersonics of two varieties. Boost-glide weapons that are launched from a rocket, then maneuver and glide to the target, using the speed of the impact to generate the boom. The Navy and Army and working together on a common “glide body,” which will be produced by a company called Dynetics.

The glide body is the thing that ultimately hits the target; the two services will need different rocket boosters, however. The Air Force is also planning to use the common glide body for an air-launched, GPS-guided missile they plan to strap into a B-52.

The military is also pursuing hypersonic cruise missiles, which use an air-breathing scram-jet to go hypersonic once a missile acquires its target, an effort currently housed at DARPA, according to CRS.

Of the two, the boost-glide missile is the system the military is closest to fielding today.

CSBA’s crack analyst Bryan Clark described the difference to me in a recent phone call:

The Quote: “The Army’s boost-glide approach is the easiest, most technically mature approach to a hypersonic weapon because you essentially eliminate a lot of the challenges of an air-launched or air-breathing weapon.

“Boost glide is really supposed to go after relocatable targets, where the location of the target is known when you launch the weapon but because it won’t take long to reach the target, it hopefully will not have an opportunity to relocate before you get there.

The hypersonic cruise missile, that would be designed to go after moving targets, or targets that could relocate in flight and I could communicate to the missile “Here’s where the target is now, go there.” Whereas the boost glide missile will have a very limited ability, if any, to be redirected in flight.”

The catch is that none of this stuff works yet. I want to emphasize that all of what we’re talking about here are prototypes. DoD has used authorities granted by Congress to circumvent usual procurement channels to try and speed it along, but this stuff is not long off the drawing board. There is no program of record to procure hypersonic missiles and, indeed, the military has not made any official decision to procure them.

The National Defense Strategy lists hypersonics as a technology to pursue as part of the effort to regain the advantage over China and Russia.

The Navy is hoping for a flight test of its Intermediate Range Conventional Prompt Strike Weapon in 2020 and again in 2022, but it will continue its prototyping efforts through at least 2024, according to the CRS report.

The further catch is that the technical hurdles here a pretty high. It’s not easy to steer something at Mach 5 and have it hit a mobile launcher on Hainan Island. DoD sounds confident, but lets remember that being confident you’ll reach your technical goals isn’t the same as doing it.

What Are Smart People Saying?

Mike Griffin is the DoD’s chief evangelist for hypersonic weapons development. He has been making the case for gradually reducing investment in legacy platforms like aircraft carriers in exchange for ground-based hypersonics that can range Chinese mainland targets, something he mused about at the Defense News Conference in September.

The Quote: “Let’s just propose a thought experiment,” Griffin said. “Which do you think the Chinese leadership would fear more: 2,000 conventional strike missiles possessed by the United States and its allies in the western Pacific capable of ranging Chinese targets, or one new carrier? Because those two things cost about the same amount of money. Those are the kinds of questions we need to be asking ourselves.”

Now Griffin wasn’t saying that we should get rid of carriers. Indeed, he said we need to keep investing in them, but that adversaries understand that system. But slackening on investing in carriers didn’t go over well with friend of The Drift and missile enthusiast Tom Karako, who raised the very excellent point that you will likely need airborne sensors to target these things in the future.

The Quote: “This debate has been around a long time, and what the military has found time and again is that first of all you have to get stuff there, and that’s why the U.S. tends to be platform-heavy,” Karako said. “It’s one thing to say, ‘Let’s just shoot a bunch of missiles from Hawaii,’ but it’s not just about shooting missiles — you have to have the complete kill chain.

“You have to know where they are going to go, and you have to hope your target hasn’t moved since you pulled the trigger. So it’s probably prudent to have a mix of things.”

Clark, at CSBA, is skeptical of the hypersonics craze more generally, and he is certainly not bullish on the future of the boost-glide systems that Griffin proposed as a possible alternative to carriers for power projection. Here’s what he had to say:

The Quote: “These boost-glide prompt-strike weapons are really designed to have a strategic effect. There area small number of weapons, they are really expensive, so you are not going to hit a bunch of targets with them. So even one weapon that’s a hypersonic weapon could still get shot down. You may not be able to generate a bunch of effects with them because they cost so much that you aren’t going to do the thing where you overwhelm the air defenses and come in from multiple angles with hypersonics because you don’t have enough of them.

“So, from the Navy’s perspective, having these is a way of keeping the other side honest, meaning the adversary is going to have to invest in the kind of air defense system that is able to defeat a hypersonic missile. So it’s really a cost imposition. But in real, operational scenarios, having these weapons doesn’t make a huge difference. It’s unlikely that that one target is going to be valuable enough to shut down the other side’s war effort.”

So, what’s the point of all this? Not sure I can deliver such a thing, but what I’ll leave you with is the CRS report’s list of questions for lawmakers to pursue as part of their oversight function. These struck me as all very … fundamental.

Excerpt: As Congress reviews the Pentagon’s plans for U.S. hypersonic weapons programs, it might consider questions about the rationale for hypersonic weapons, their expected costs, and their implications for strategic stability and arms control. Potential questions include the following: