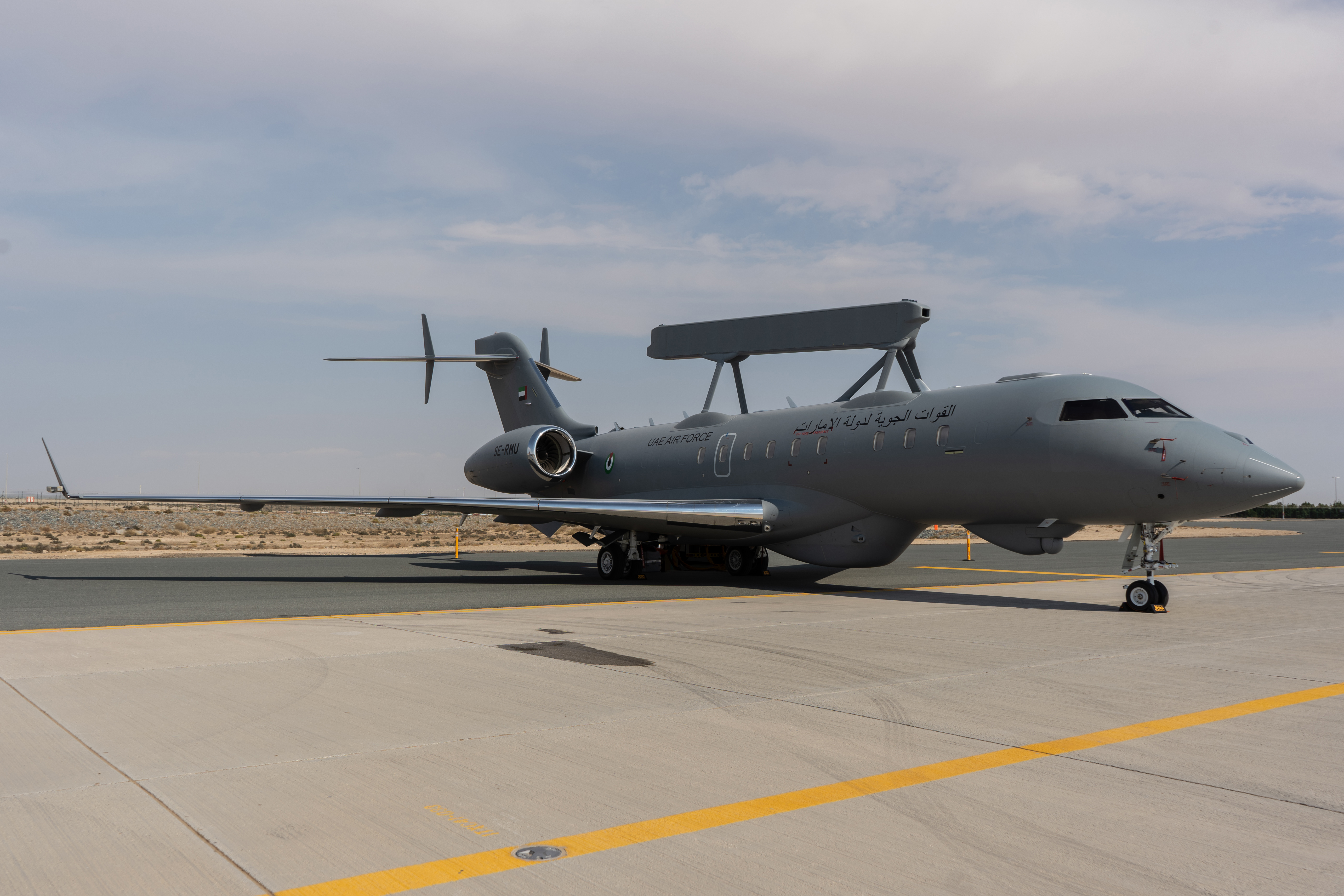 “I think it took a lot of people by surprise when we signed that [contract],” Lars Tossman, Saab’s head of radar solutions, said during a Nov. 18 briefing to reporters. “Now, four years later, it’s here.”

For Saab, the GlobalEye’s showcase in Dubai is a chance to celebrate the program’s fast pace. The company rolled out the first aircraft in February 2018 and flew it a month later, Tossman said. It is now undergoing final modifications ahead of a planned delivery to the UAE in 2020, having already completed certification flight tests.

The other two aircraft have followed in quick succession. A second GlobalEye took off for the first time in January, and the third plane — the one currently displayed in Dubai — flew in August. Both are going through the process of verifying their mission systems, Tossman said.

“The program is on track in all aspects,” he added.

The GlobalEye is based on Bombardier’s Global 6000 business jet, but those commercial planes are completely torn apart in order to fortify the airframe and incorporate the various mission systems that allow it to detect land, sea and air targets, he explained.

Central to that capability is Saab’s Erieye sensor mounted on top of each aircraft, an S-band radar that the company says is more difficult to jam due to its high frequency and the long antenna.

While Saab is pursuing additional GlobalEye orders, Tossman acknowledged that the international sales process takes years. The company has offered two GlobalEye planes as part of a package of Gripen E/F fighter jets to Finland, but it will face off against Boeing’s F/A-18 Super Hornet, Lockheed Martin’s F-35, France’s Dassault Rafale and the British-made Eurofighter in a competition that will be decided in 2021.