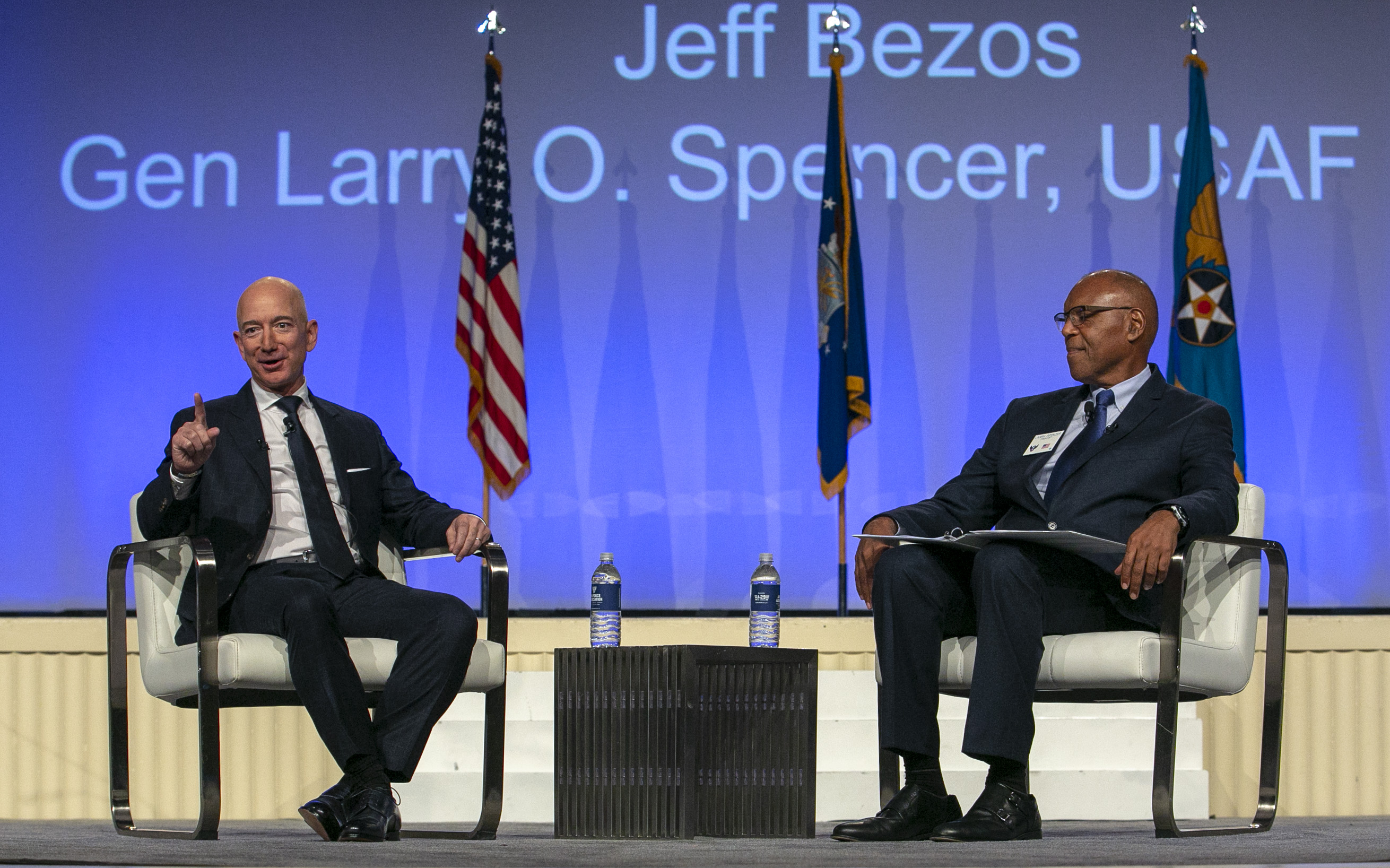 WASHINGTON — Blue Origin has successfully challenged a U.S. Air Force contract for military space launch – before a contract has ever been issued.

The Government Accountability Organization has upheld a challenge by the Jeff Bezos founded rocket firm against the Air Force’s National Security Space Launch – Phase 2 Launch Service Procurement, which will downselect two firms that will have the right to compete for the next five years of military space launches.

In a statement, Blue Origin CEO Bob Smith thanked the GAO for “their careful consideration of these serious issues, thoroughly reviewing the facts of the case, and recognizing the importance of ensuring evaluation criteria that are unambiguous and comply with federal procurement statutes and regulations.”

“This is an important mission to Blue Origin, and we remain committed to our long-term partnership with the Air Force and to working with them as they address the GAO’s recommendations. We look forward to continuing our participation in this process and working with the Air Force as they incorporate the GAO’s feedback during the LSP source selection.”

In August, Blue Origin announced it was launching a protest with the GAO over the Air Force’s structure of the contract – before the service had reached a final decision. The Air Force released a solicitation for the second phase of the LSP competition in May and expected to downselect to two launch providers in 2020. Blue Origin is joined by SpaceX, United Launch Alliance and Northrop Grumman in vying for the series of contracts, which will be awarded over 2020 to 2024 for launches scheduled through 2027.

Earlier in the year, Blue Origin raised concerns to Congress that the contract award, currently planned for 2020, should be delayed for a year or two to allow competitors to further mature their designs. The service has also argued that the current structure of the launch service provider competition may favor incumbents and will perpetuate a duopoly.

Only the incumbents — United Launch Alliance and SpaceX — have rockets certified by the Air Force for this mission set, Blue Origin argued, putting it and the other new contender, Northrop Grumman, at a disadvantage.

Valerie Insinna contributed to this report.