Why Amazon can afford to be defiant 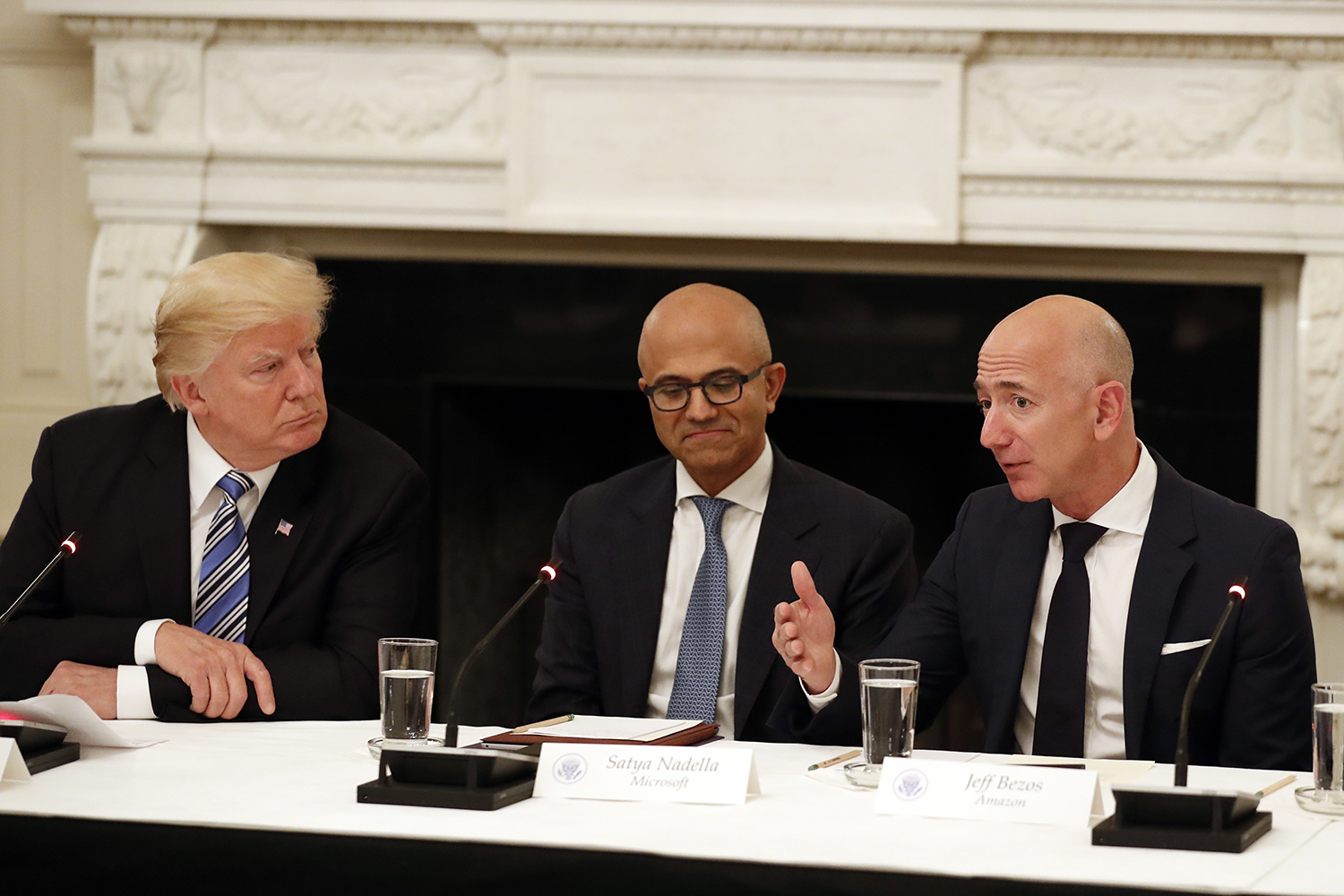 Amazon indeed decided to protest the Pentagon’s JEDI cloud contract award decision to Microsoft. Are we surprised? Not at all. I think most would have been shocked if Amazon did not protest, under the circumstances.

What was more telling was the manner in which Amazon Web Services CEO Andy Jassy announced the decision: boldly laying blame for the contract loss squarely at the feet of the U.S.president.

And he did this unabashedly on stage, speaking to the whole company.

“When you have a sitting president who’s willing to publicly show his disdain for a company and the leader of a company, it’s very difficult for government agencies, including the DoD, to make an objective decision without fear or reprisal.”

If President Donald Trump declared war on Amazon chief Jeff Bezos, and by extension Amazon, this was AWS declaring war on Trump.

Compare that to how traditional defense companies handle the president. When Trump tweeted about the cost of the F-35 fighter jet, causing Lockheed Martin’s stock price to tumble, CEO Marillyn Hewson called the criticism fair. She also allowed Trump to take credit for the price decrease, even though most industry experts said it would’ve happened regardless. When Trump tweeted about the costs of Air Force One under development, Boeing responded by saying: “We look forward to working with the U.S. Air Force on subsequent phases of the program allowing us to deliver the best planes for the president at the best value for the American taxpayer.” All very cordial.

And Trump aside, traditional defense companies keep most pointed commentary to themselves when protesting contract awards.

So does Amazon not have as much to lose?

During those comments at the company meeting, which a source provided to Federal Times as a video, Jassy put it this way: “AWS is a $36 billion revenue run rate business” — referring to the company’s annual sales, if you extrapolate the current revenue over the year. “JEDI, if and when it reaches its maximum, is about $1 billion a year.”

In other words, a drop in the bucket.

Now let’s not fool ourselves — a JEDI win matters more than he seemed to imply, as evident from the fact that the company is bothering to protest. But the comments do reflect a stark difference between Amazon — a commercial giant that does some defense business — and a lot of other massive companies that live and die by Pentagon contracts. If it doesn’t win, Amazon — AWS even — will be just fine.